Interior designer Phoebe Howard said that when she first flew into Nashville, she was inspired by the green of the rolling hills and the blue of the middle Tennessee sky.  Accordingly, she chose a color scheme of blues, greens, and creamy white for Fontanel’s Southern Living Idea House.  The colors are along this line:

Since I toured the Nashville Southern Living Idea House at Fontanel last Wednesday, I haven’t been able to get Phoebe Howard‘s  furniture floorplan of the great room out of my mind.  We weren’t allowed to take photographs before the rooms are featured in August’s Southern Living Magazine.  As best as I can remember, this is pretty close to the way this amazing space was laid out: 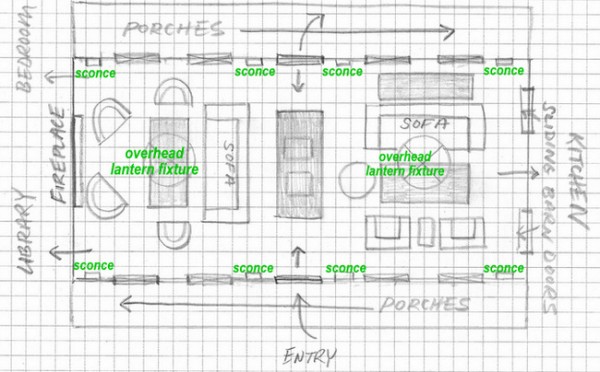 my approximation of the furniture floorplan in the great room, Southern Living Idea House

Phoebe said that she wanted to make this house a balance of rustic and refined.  She imagined the couple that would live in this home:  a manly farmer with a tiny, pretty wife who insisted on making the place homey.  The  ginormous great room looks and feels a bit like a barn, but it’s so darn pretty!  The walls are creamy white painted boards, and the rustic beams overhead are reclaimed from a 100-year-old property. 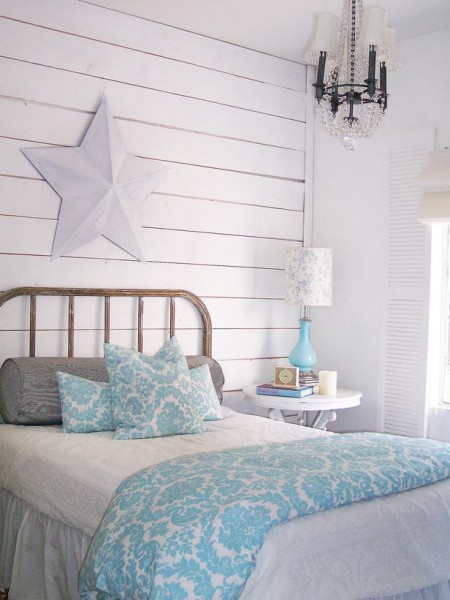 A pair of oversized wrought iron lanterns hang over the two artfully balanced seating areas that Phoebe created in the space.  She used LOTS of wall sconces – 8 in this one room alone.  The overhead lighting, sconces, and various lamp lights give the room lots of lighting options and a beautiful glow anytime of the day or night. 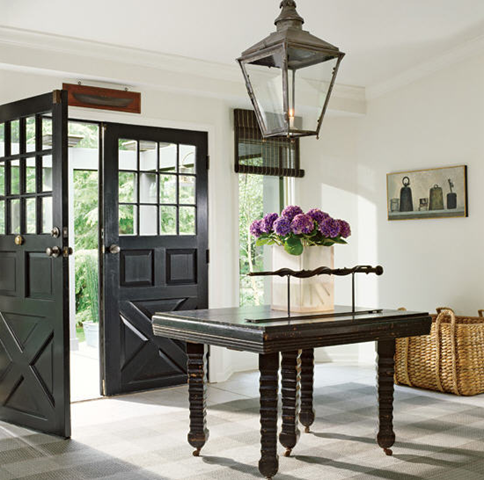 One of the coolest thing about this space is that Phoebe used four, yes I said FOUR wooden dining room tables in this room where no dining room exists! The largest acts as an entry table in the center of the space, between the two wooden entry doors and the two seating areas. A more narrow one is a sofa table for one of the sofa, and the last two are used as coffee tables in each seating area after the legs were chopped down to proper size. 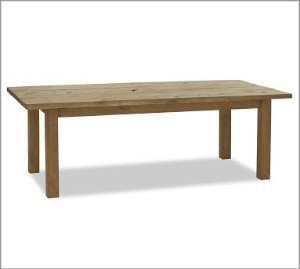 You can see these “dining tables” in the furniture floorplan below – they are the shaded rectangles.  Also check out the placement of the sconces.  The lighting, the windows, and the seating layout are so symmetrical, which makes the space feel just right.

Phoebe cautioned us about thinking oversized furnishings were required for oversized spaces – she said that that can make the room feel too big and overwhelming.  In this space, she instead broke the room down into two seating areas with very comfortable, human-scaled seating.  And check out all the seating options!  The round piece in the right seating arrangement is an upholstered ottoman, and you should also notice the two cube ottomans nestled beneath the central “entry” table.  Lots of flexible seating options in this room. 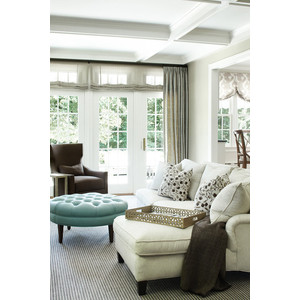 Phoebe was so gracious and kindly autographed her book, The Joy of Decorating, and she even let me take a photo with her. 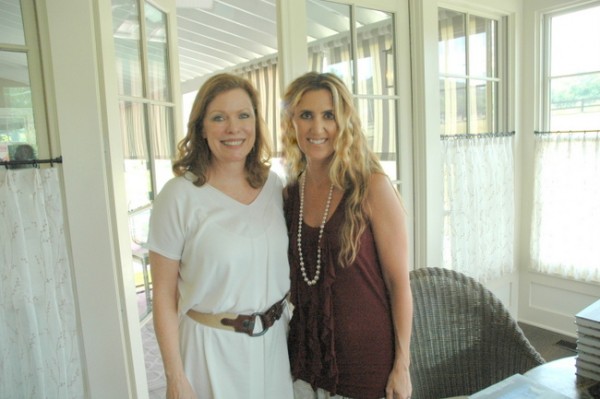 You gotta check out the Southern Living Idea House, now open to the public Wednesdays through Sundays, 9-3 to see what the heck I’m talking about!  Now I just need to find a client with a honking huge living room to re-create this fabulous great room design by Phoebe Howard!  Any takers?

Love, love, love!! She is one of my favorite designers. I love her use of color. Jealous you got to meet her! 🙂
Have a great Forth weekend Kristie!

You will LOVE when you see the colors in this great room, Kelly!!

What size is this room? The entry room in my 1908 four square house is around 17×30 and it has always boggled my mind.

Love those blues and greens together – so clean and refreshing it makes me want to repaint my home! 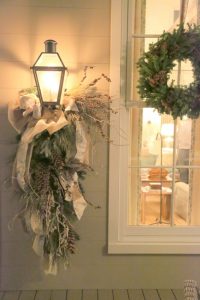 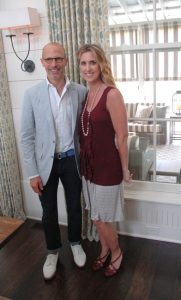