Many of you know that Merridian is my favorite furniture store in Nashville – it’s where I held my Furniture Arrangement Workshop last year.  The store recently moved to it’s bigger, better location just a few minutes down the road and held a Grand Opening yesterday featuring designer Laurie Hickson Smith, forever famous for her role on TLC’s Trading Spaces. 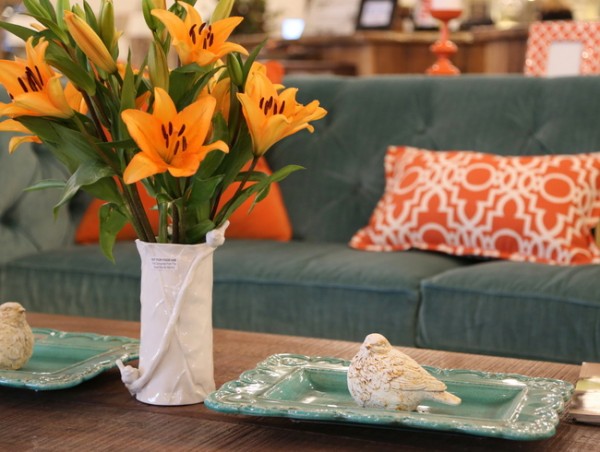 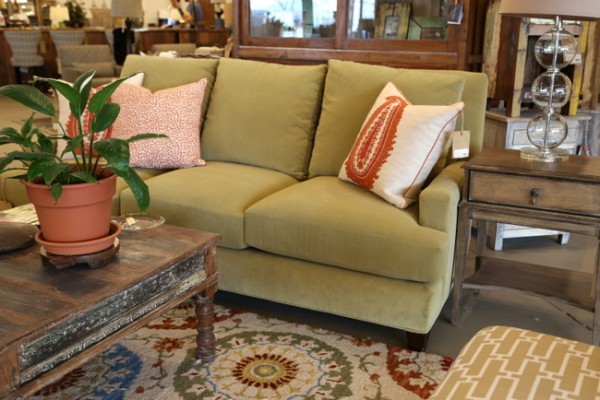 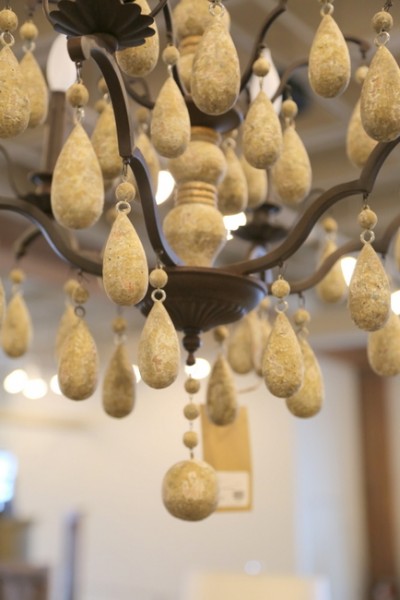 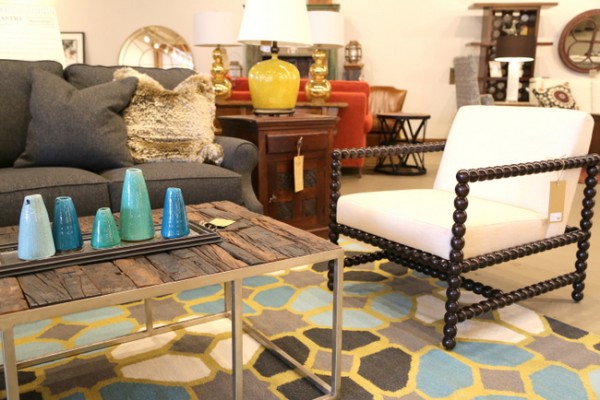 and more unique accessories for us to choose from! 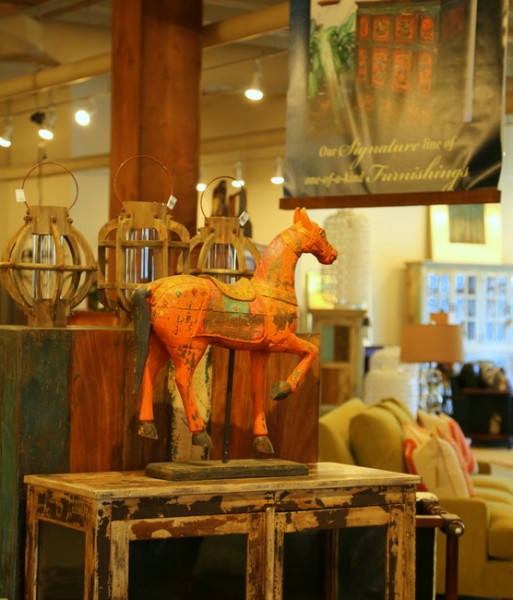 Owners Patrick and Merry Dougherty came in from Louisville to host the event.  They opened the Nashville store 15 years ago and have always been clear on their mission for Merridian – to offer unique, eclectic furnishings and decor from all over the globe at a great value.  Patrick and Merry travel to Mexico, Eastern Europe, Asia, and beyond to buy directly from artisans – often items that are made from recycled and reclaimed materials.  90% of the upholstered pieces in Merridian are made in North Carolina.  The Doughertys have stayed true to their vision, and they still only buy what they truly love themselves.  Here I am with the lovely Merry Dougherty: 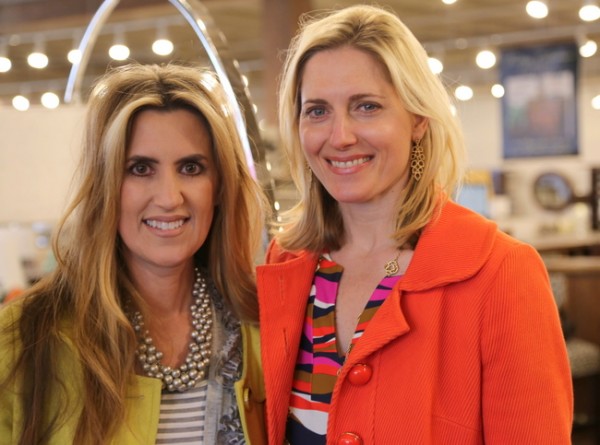 Here’s the Laurie Smith connection:  the home that Laurie renovated in her 2005 book, Discovering Home with Laurie Smith, previously belonged to Merry’s family. 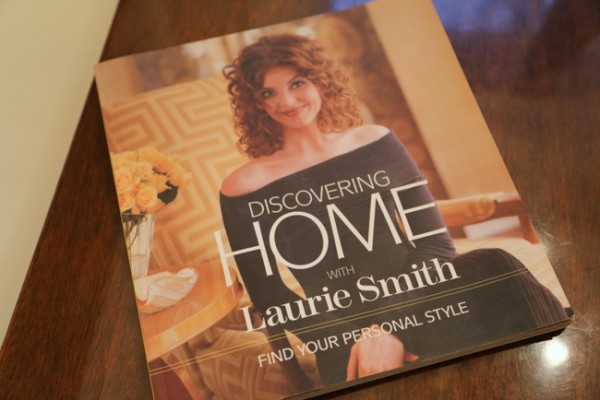 At the Merridian event, Laurie dished with us about her years on Trading Spaces, the show that was generally credited with sparking a nationwide interest in home decorating and improvement television shows in the United States. 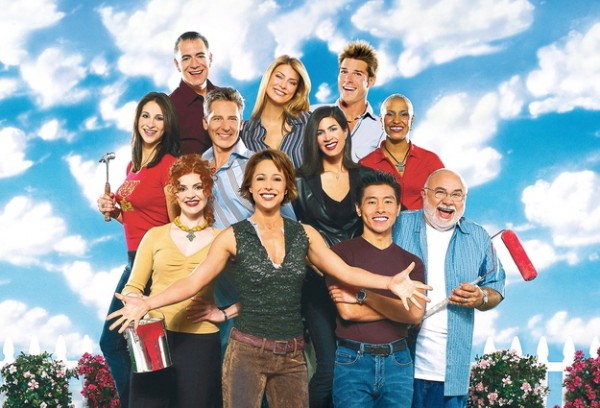 The show ran from 2000 to 2008, and required neighbors to trade houses and redecorate one room under the direction of an interior designer. Laurie shared that in the beginning, before they had cell phones and good affordable decor available at stores like HomeGoods and Target, she and the other designers made calls from phone booths and ran around unfamiliar towns to find Home Depot, craft stores, and flea markets in an attempt to cobble together a “designer” room for under $1000.  Laurie will never forget the time when her room design resulted in a homeowner so upset with the outcome that she physically tackled her neighbor on camera as the designers watched on in horror. 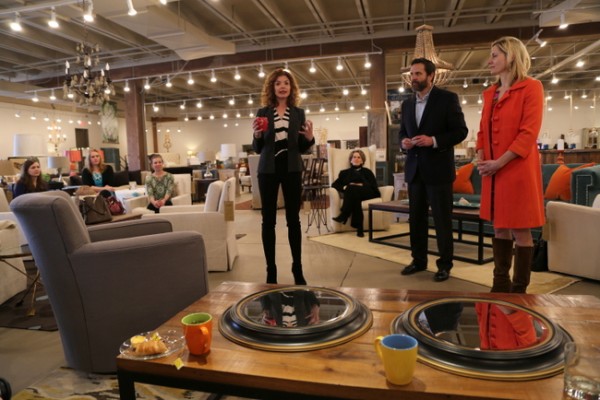 Laurie started out in broadcast journalism, but soon rerouted and went to design school in New York at 26.  After starring on all eight seasons of Trading Spaces, Laurie went on to design lighting for Quoizel and fabrics for Hancock.  She’s currently starring in her most important role – proud soccer mom to her two school-age children. 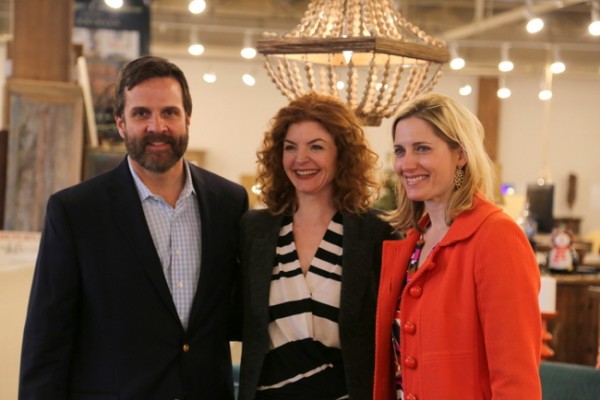 Laurie is a true Southern Belle – poised and lovely, yet as kind and down-to-earth as you could imagine. She’s the kind of girl I’d love to just hang out with over a cup of hot tea, talking kids and paint color combinations. 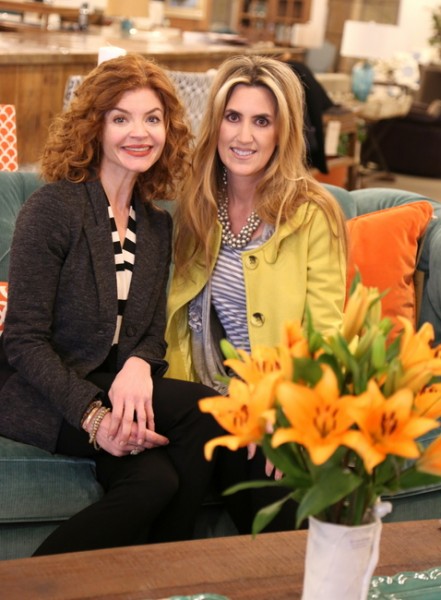 My memories of Laurie Smith on Trading Spaces include her signature color orange, how she liked to build a room around a particular inspiration piece, and her aversion to ceiling fans (preach it, sister!).  She was sweet enough to sign her book that I bought of hers years ago, in the beginning of my career in the design industry: 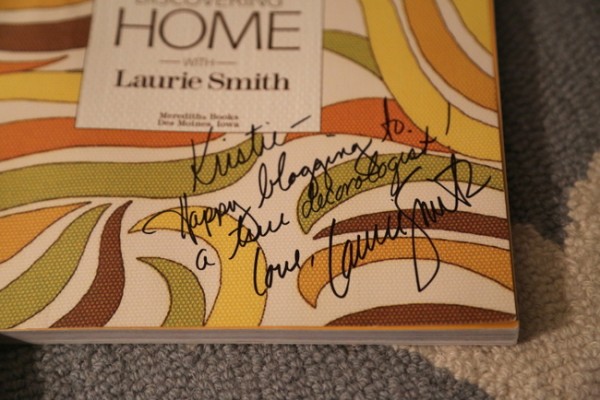 Laurie shared how Merridian has been a real pioneer in the furnishings industry by using repurposed and reused materials.  They receive containers of goods every ten days from all over the globe, straight from the makers in order to insure the value Merridian is known for here in Nashville.  Laurie recommends that any homeowner can update and revitalize their space with fantastic lighting, new throw pillows, or a unique accessory to spark the imagination, all of which were showcased at Merridian’s beautiful new store. 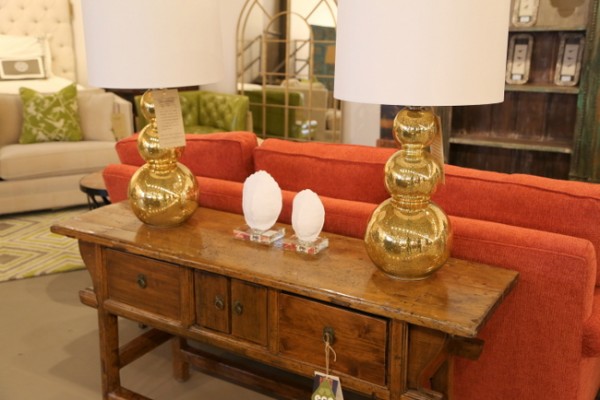 Glenn Simmons has been Merridian’s Nashville manager for 13 years.  He and his staff have mastered the art of providing great service without employing hard sell tactics to their loyal customers.  Here are a few of the lovely designers that are always ready to help, but are happy to let you browse and look on your own if you’d prefer. 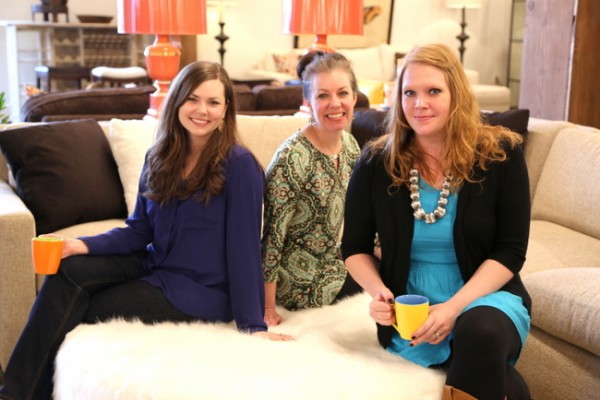 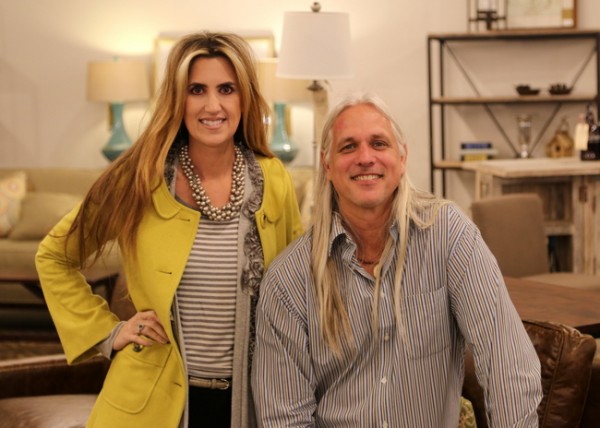 Ok, I can’t resist posting one more photo of me and Laurie – hope you don’t mind! 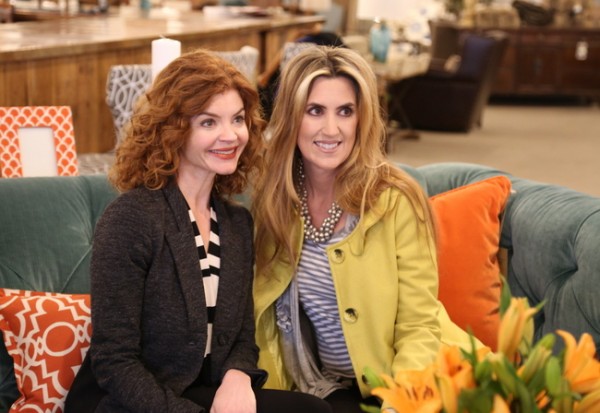 Now tell me – wasn’t Laurie your favorite designer on Trading Spaces, too?

Fun! You’ve been busy since getting back from Vegas i see!

Yes, Laurie was def my favorite, with the designer that loved to glue feathers on the wall running a close second! My daughter loved the show too, she was quite young and called it “Swapping Rooms”!

Pam,
The show was the first of the American copies of British television shows (like The Office and American Idol) – “Trading Spaces” was the American version of a British show called “Changing Rooms.”

Wow, this brings back memories! My sisters and I loved watching Trading Spaces! It’s hard to believe it’s been that long ago. Yes, Laurie was my favorite designer on the show!

With the the recent ice storm, my home turned into a camp out for many dyad!!! No electric and needed to use alternative forms of heat and cooking!!!! All refrigerated items ended up outside in the snow! Thanking those who are always willing to help others in need throughout our country!!!! Glad to hear of your friendships and yes Laurie was awesome in the show!!! May all your readers always remember those in in need which is truly what makes our places to live welcoming homes!!! Blessings Kristie!

Wow, Syl – I bet that was crazy! I hope you and yours are warm and cozy now 🙂

Oh she was totally my fav designer on that show – her’s were the only designs I liked. She’s brilliant and I’m still wanting to use some of her lighting fixtures – they are way ahead of their times. Thanks for sharing your time with Laurie – with us!

Hey Kristie—I LOVED the Merridian style….wish it were closer to where I live,( though I know they ship!)
Character pieces are what MAKE a room unique, I think. That’s a really good relationship you all have there. Mutually beneficial!! So….when’s your next “Advanced Furniture Arranging” class…think I missed your blog about that??

Hands down, Laurie’s talent dwarfed the rest on Trading Spaces! (ok, Vern was talented, too)
Only two pictures with her?!?!? I would have been swooning and fawning in your shoes!

I spy some great pieces. Lucky you to have such a great furniture store nearby. I loved watching Laurie back in the day. It was the first decorating show I watched do remember some of those room make overs were pretty crazy!

Absolutely, she was my favorite. I will always remember her advice to come to terms with the architectural style of your home…or lack thereof. We all can’t have the home we want. Accept it and work with it. Put another way, “love the one you’re with.”