All you need to make your own shabby chic lampshade:  a wire lampshade frame (mine is a vintage one – it’s former shade was made of paper and got torn) and strips of white fabric.  I got this idea at Halloween when my daughter dressed as a mummy – I had all these strips of fabric from that costume, and I hated to throw them out. 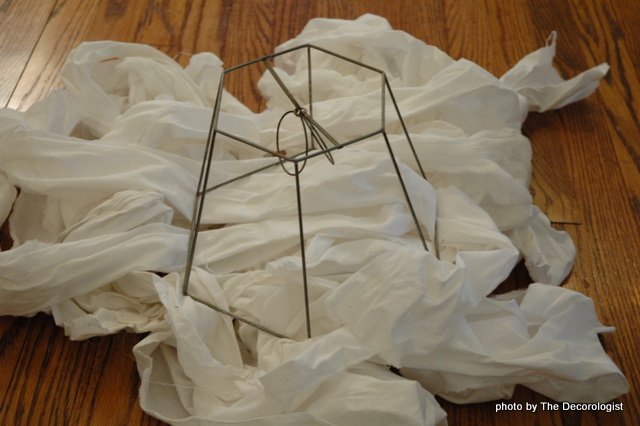 My fabric was already cut into strips (or ripped into strips, actually) when I made the mummy costume.  I’d say you’d want to cut/rip your fabric in 8-10 inch wide strips.  The strips then need to be cut to an equal length – long enough to wrap around the frame vertically once, then tied off into a knot. 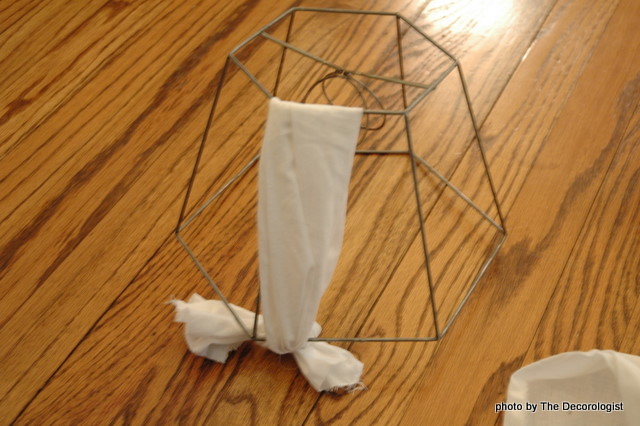 You keep tying fabric strips all the way around the frame until all of the wire frame is covered. 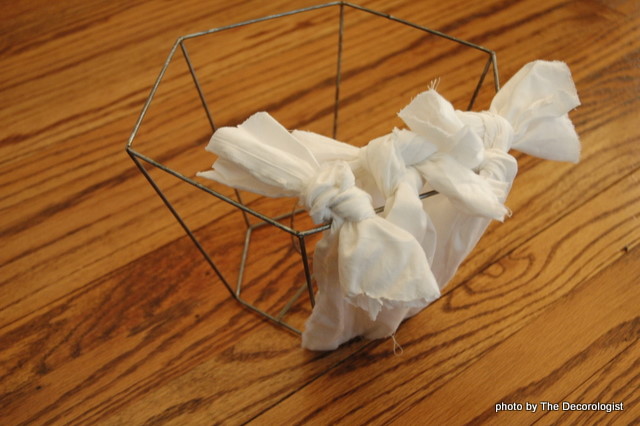 First, let me say:  my lampshade turned out a little more frou-frou than I meant it to.  I will probably redo this with strips of muslin rather than the heavier cotton fabric I had on hand.  I will also cut the strips a bit longer so the end hang down more rather than puffing out (that probably has to do with the thickness of the fabric, too). 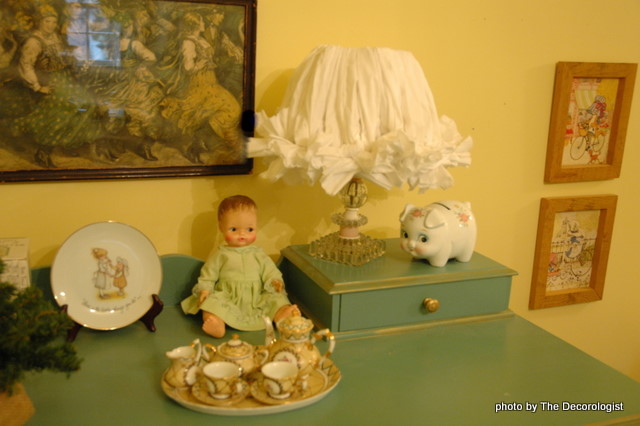 I think it kinda overpowers this small lamp in my daughter’s room.  And it kinda looks like I made it out of toilet paper in the above photo.  Here’s a shot with the light on: 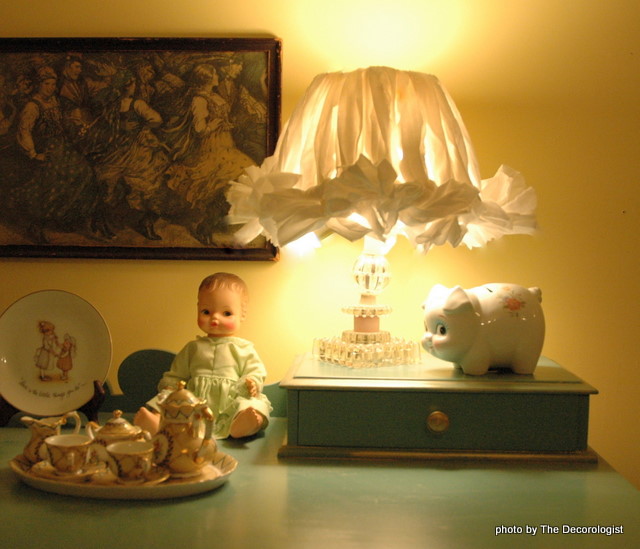 Perhaps I should stick to shopping for fabulous lampshades, rather than attempting to make my own!   Here is a photo of the costume that spawned this frou-frou lampshade. 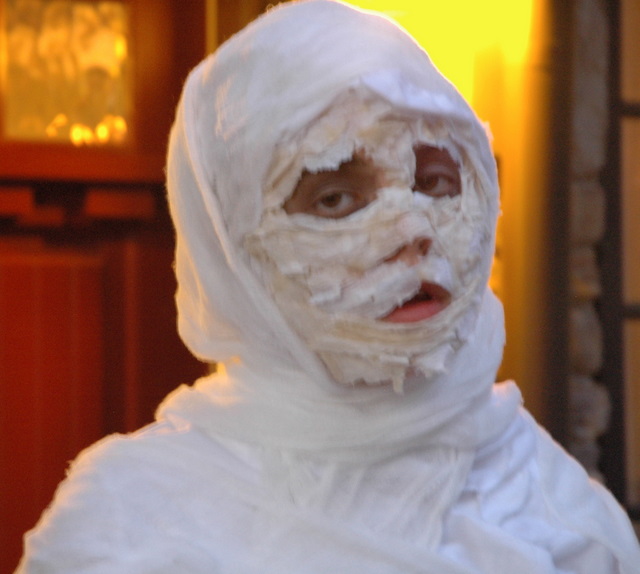 I guess that’s what happens when mummies go shabby chic!

I love that lampshade!

I love it, too Kristie… maybe on a bigger lamp? I don’t think your blogging career is over by any means!

Your sweet, Michelle – definitely needs a bigger lamp, or different fabric, or longer strips, or SOMETHING. 🙂

Love this – not necessarily the lampshade but that you posted a craft project that didn’t quite turn out like you’d hoped. I remember the picture of the shade you saw in a store that you were trying to copy with this craft. It is comforting to see that even The Decorologist doesn’t always get her projects just right the first time! 🙂

Hey – we’ll be at Woodmont on Sunday…Hope to see you!

haha – thanks, amy! we will be there sunday – 2nd service!

Such a cute idea, though I agree that using a little less “bulky” fabric like a very light muslin would show off the shape of the shade a little better as well … especially when you have something other than the standard flared shade or drum ;^)

That mind of yours is always working. You are truly creative and green!

Your kids are so lucky to have an amazing costume maker for a mother! Maybe if the tied off pieces at the base of the shade were shorter, or the base taller…it would be perfect!
Cheers!

My first thought when I saw your lamp was, ‘it’s so cute’. I didn’t see the things you pointed out until you pointed them out! I like its scale – there’s something very fun about it that works! 🙂

I love the idea and how simple. Absolutely adorable!

I like it Kristie! I will be making one too. Thank you for the idea 🙂 I might use thin strips of an old shabby chic sheet. XoXo

that’s cute, but I wonder if this could be at risk when turned on?

Steph @ Crafting in the Rain

haha–cute! I think it kind of looks like a petticoat or something…but in a good way 🙂

I like it because it’s creative & different! What a great project. Thank you so much for linking it to Fabulous Friday.