I Missed My Convention, So Now What?

After spending about 10 days bedridden with a wicked upper respiratory infection, a girl can get a little stir crazy. Sadly, I missed the Real Estate Staging Association® convention in Las Vegas because the astounding amount of mucus I was generating would have been, well, a bit off-putting . . . and consequently, I missed being sworn in as a Regional Vice President for a third term and being awarded the 2017 Best Redesigner of the Year. I have the photo, but haven’t actually seen it in person yet, *sigh*. . . 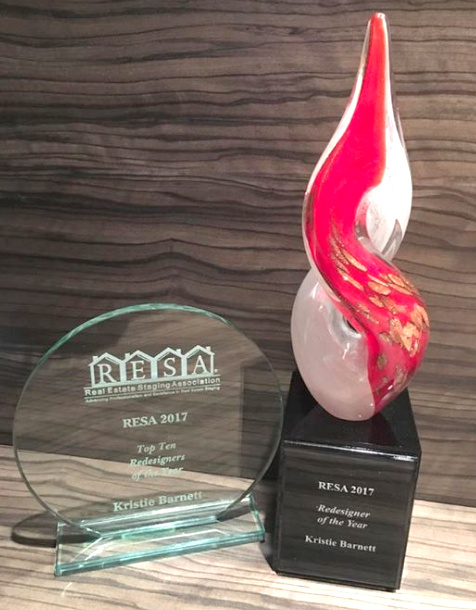 It looks a bit like a weapon after a hard-won battle, don’t cha think? I’m very honored and proud to have this very special award, voted on by members of the home staging industry of the United States, Canada, and a few other countries in Europe!
I also missed spending time with my fellow Expert Psychological Stagers™ who attended the convention. I believe there were 12 or 13 EPS™ graduates attending this year. Here are a few of them hamming it up prior to the awards ceremony: 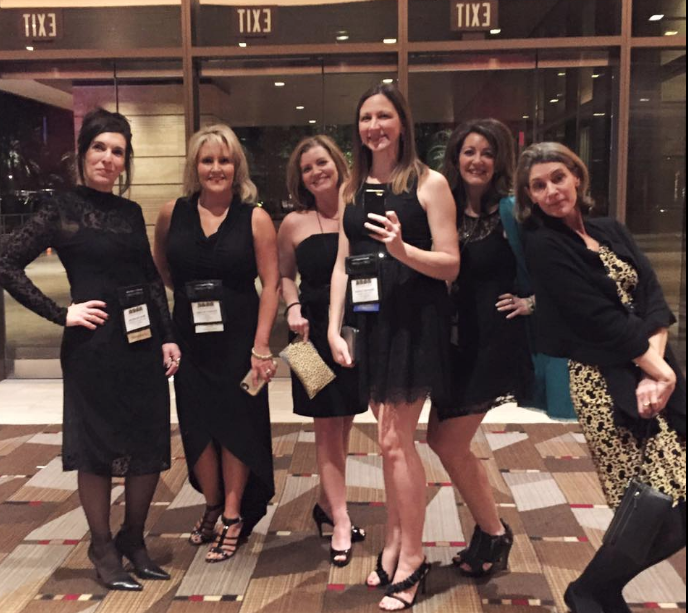 I was very excited that two of my former EPS™ graduates won big awards, as well! Elizabeth Scruggs of Superior Construction and Design won State President of the Year and Top Ten Redesigner of the Year. 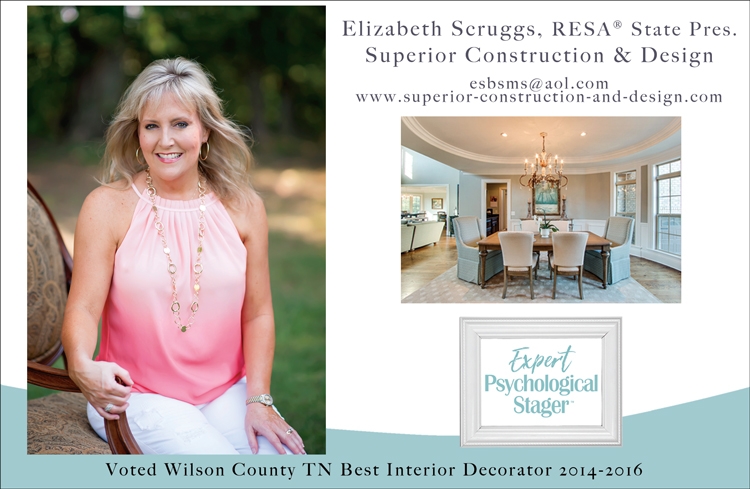 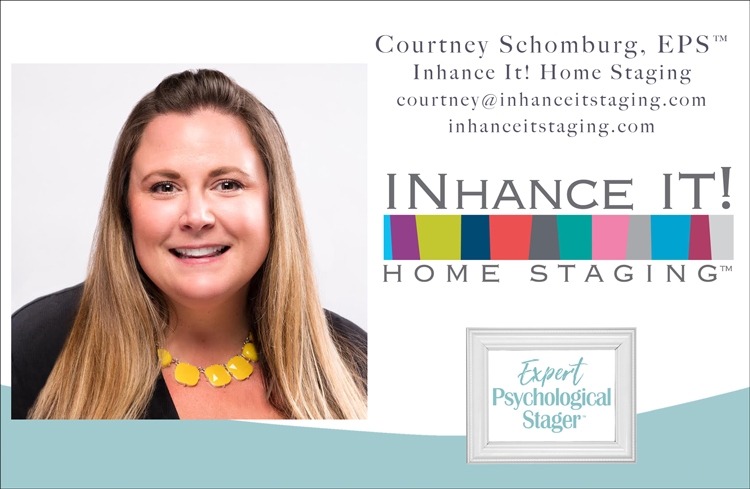 As I’m on the road to recovery, I need to have something to get me out of my funk and disappointment. That’s why I was excited to have been invited to cover the Antiques & Garden Show in Nashville next weekend!

You may remember that last year, I interviewed Windsor Smith and even got to meet Gwyneth Paltrow. Here’s GP, signing her book for me! 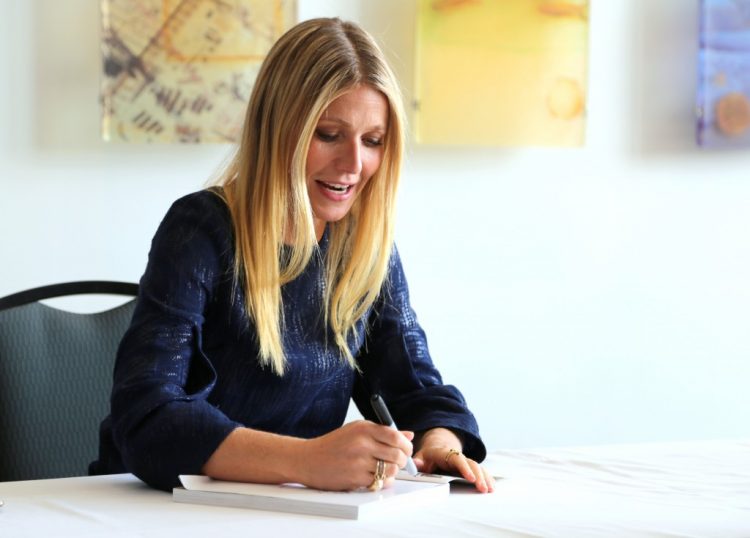 This year, speakers include Nate Berkus, Mary McDonald, and Brooke and Steve Giannetti, so it’s bound to be a great show at the Music City Center in downtown Nashville. I’m hoping to learn some fun tips to share with you guys! 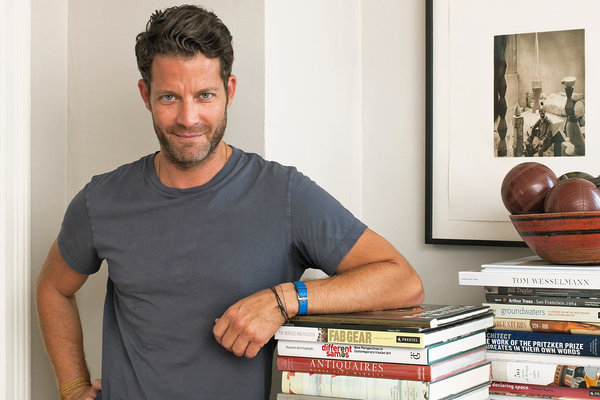 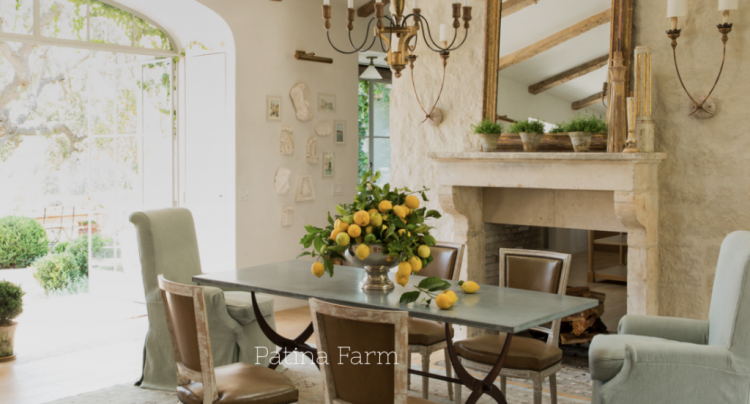 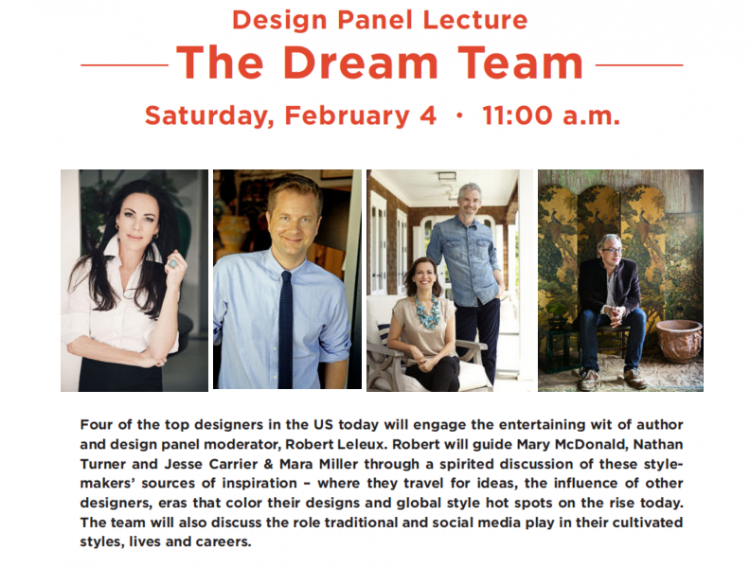 I hope to see some of you there! All the info you need is here. I’ll be the chick toting around the big honking camera and maybe a slightly dangerous statue sticking out of my pocket . . .
UPDATE: Only 3 spots left for my March Expert Psychological Stager™ course! We are RESA® affliated and approved by the International Association of Home Staging Professionals®! More info here: 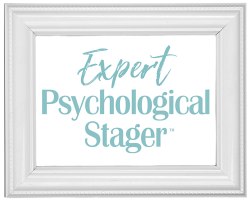 Nate Berkhus?! That will be so fun!!!! Good for you Kristie. Glad you are feeling better.

Thanks, Connie! Have a good week 🙂

Hi Kristie,
Congratulations on your big awards! Hopefully the invitation to the Antiques & Garden show will help take the sting out of missing your convention and being able to accept your awards in person. So glad you are feeling better! I had the same thing for two solid weeks before Christmas so I feel your pain. Can’t wait to read all about your next adventure!

Thank you so much, Laura! I need to get back in the game 😉

I missed you at RESA…it wasn’t the same without you! Hope you’re on the mend and feeling better. Let’s keep in better touch…I’m loving all that you’re doing:).

Thank you, Audra! I soooo wished I could have been there! Hope you are well 🙂

Certainly missed seeing you at this year’s RESA convention Kristie. Get well soon and congratulations on your incredible award. Well deserved, your work is inspirational!

Thank you, sweet Ginny! Same to you, hope to see you next year 🙂

We missed you at the conference Kristie but congratulations on your awards!!

Thank you so much, Teresa! I was so bummed!

Please keep me on your list. I enjoy your thoughts.

Glad you are feeling better! Congratulations on your award Kristie! I would love to meet Nate also! Sounds like you have some pretty fun stuff coming up. Enjoy!!

The Kristie Element sure was missing throughout our convention activities. You are our glue! So sorry you were so sick for so long. But yayyyy you’re better now and have some really fun plans coming up. Hope to see you soon.

Awww, you’re so sweet!!!! I missed spending the time with you and the other EPSers – can’t wait to hear all the stories!!! We need to get together soon 🙂

Congratulations Kristie ❤ Hope that you are feeling much better by now.

CONGRATULATIONS, KRISTIE!!!! I’m so very proud of you!

I’m dealing with the same upper respiratory crud you’ve lived through, so I will miss the Antiques and Gardens Show. I will look forward to living it vicariously through you. You may even see some of our students from O’More College of Design!

Oh, wow, I’d love to see you there LaJuana! So sorry you are sick – it’s been over 3 weeks, and I am still very congested and coughing. In fact, I had a very embarrassing coughing fit in the middle of a Facebook Live I was doing with Carbine & Associates’ House for Hope. We should get together after we are fully recovered!!!

Umm, too much information on the mucus thank you very much. YUK.

Believe me, Louise, “astounding amount of mucus” was a very polite way to put it, given my condition! Sorry to offend. 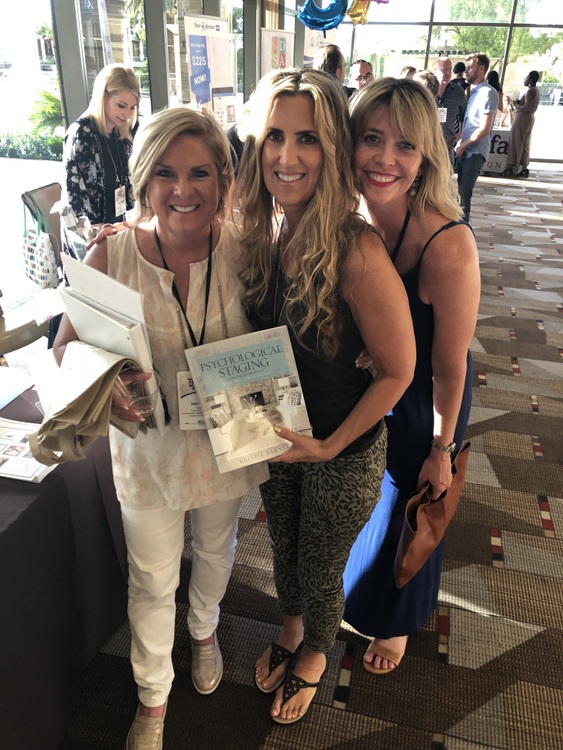 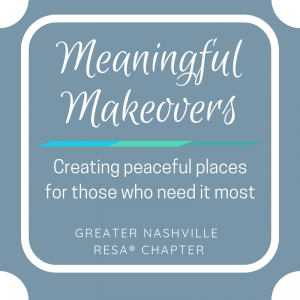 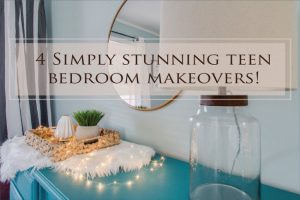